Two sentenced to over eight years for county lines. 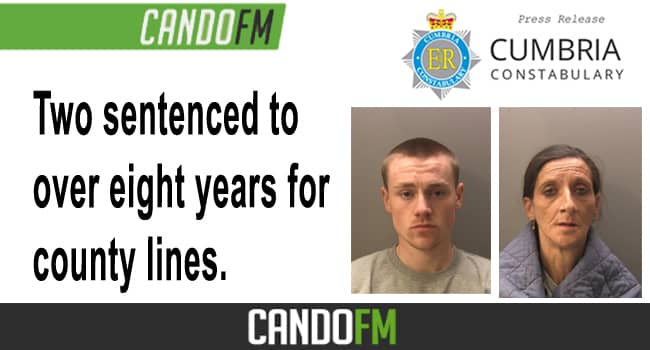 Two people involved in organised crime have today (Aug 5) been sentenced to 8 years six months years for their involvement in a County Lines drug dealing operation.

The defendants were sentenced at Preston Crown Court after pleading guilty at an earlier hearing to Conspiracy to Supply Class A namely heroin and crack cocaine.

The defendants were part of a County Lines network branded the ‘MO Line’.

Cumbria Police identified that a mobile telephone was advertising the sale of heroin and crack to drug users in the Barrow in Furness area on the 19th April 2021.  This mobile phone was being operated from Merseyside.

Investigations into the MO line led officers to the area of Ewan Close, Barrow in Furness.

At 9:50pm that evening officers conducted a warrant at Ewan Close, Murphy and HO were located, during a search of the premises officers recovered just under 500 wraps of Class A drugs with a street value of over £5000.

A spokesperson from the Serious and Organised Crime Team said “This is another positive result in our ongoing fight against those involved in County Lines.

“County lines is exploitative drug supply and is devastating to local communities, well beyond those who are directly involved in the local drugs scene.

“We will continue to target those at every level of the supply chain in order to dismantle organised crime groups.