SportZone with guest Craig Rutherford 20May21 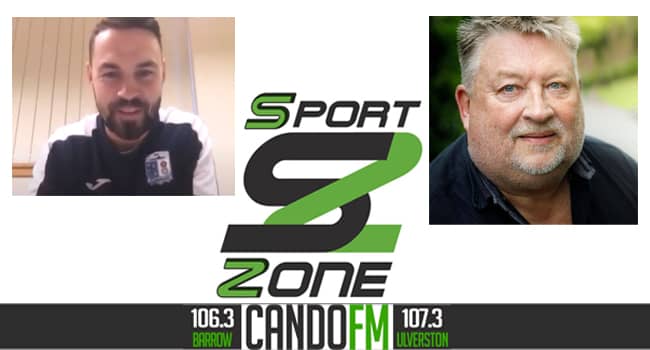 Don’t miss this weeks Sportzone chat show with Tony Colyer as he talks to Barrow AFC’s Community Trust Manager Craig Rutherford.
Craig was also part of the coaching staff throughout last season’s trials and tribulations and speaks frankly about his experiences under the 4 Managers he served under; Ian Evatt, David Dunn, Michael Jolley and most recently Rob Kelly.

He discusses his emotions as Barrow survived in the football League after a 48 year absence and in particular that pressure cooker night when victory against Forest Green Rovers secured another season in League 2 and shares his thoughts on what is required next season to be chasing promotion.
Craig is organising a 24 hour football match for Saturday June 19th at Hawcoat Park and provides us with the details of how to get involved!