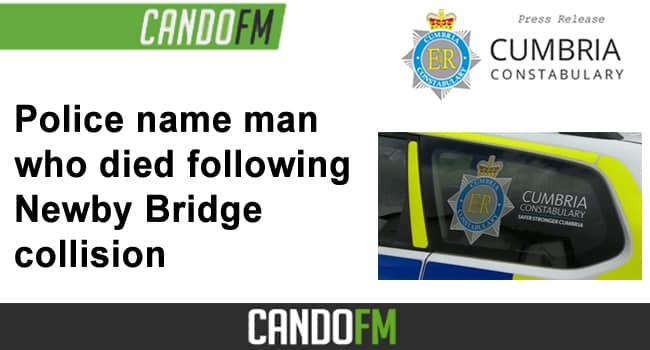 A 68-year-old man has died, following a single vehicle collision, at 3:11pm on Saturday the 12th of June, at Newby Bridge on the A590.
The incident involved a Jeep Grand Cherokee.
Police can confirm that, despite medical intervention, the driver, Peter Jones, 68, from Bolton, Greater Manchester, was pronounced dead at the scene.
The passenger, a woman in her 60’s, was uninjured.