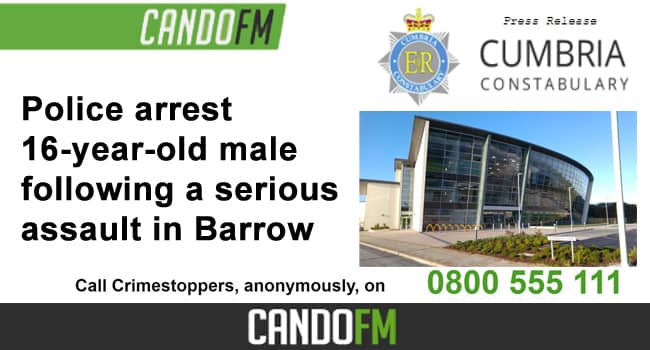 A 16-year-old male, from Barrow, has been arrested this morning (11th May) on suspicion of assault occasioning in grievous bodily harm.

The incident occurred at around 6pm on Monday the 10th of May in Barrow Park, Abbey Road.

Police and Ambulance attended the scene.

A 16-year-old male was taken to Furness General Hospital with head injuries, He was later transferred to Alder Hey Hospital, Liverpool. His injuries are not believed to be life-changing at this time.

Anyone with information is encouraged to contact police on 101, quoting incident number 163 of 10 May.

Alternatively, you can contact the independent charity Crimestoppers, completely anonymously, on 0800 555 111.