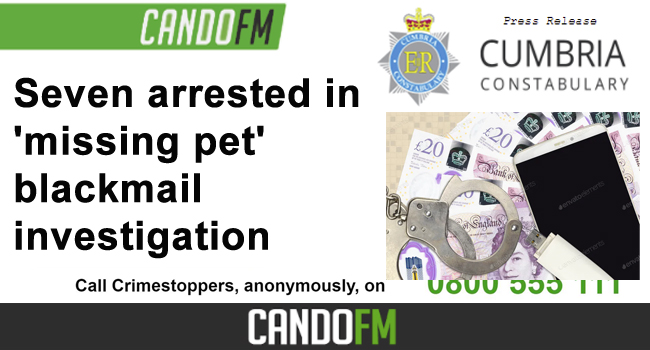 As part of an ongoing operation into the exploitation of missing animals, police have today (10th May), arrested seven people. All arrests occurred in Barrow.

The arrests follow an investigation, across 15 police forces, following reports that people with missing animals had been targeted and blackmailed via social media for money.

Victims to the blackmail have included persons across UK and in Cumbria. There are currently 21 reported victims.

They currently remain in police custody.