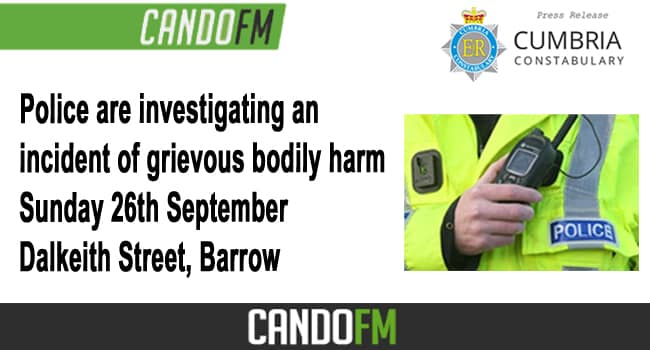 Barrow
Police are investigating an incident of grievous bodily harm which occurred on Sunday 26th September at approximately 3:30am on Dalkeith Street at the corner of Scott Street, Barrow

Anyone who witnessed this incident or has any relating information report it online at www.cumbria.police.uk/reportit quoting the incident number 58 of the 26th September.