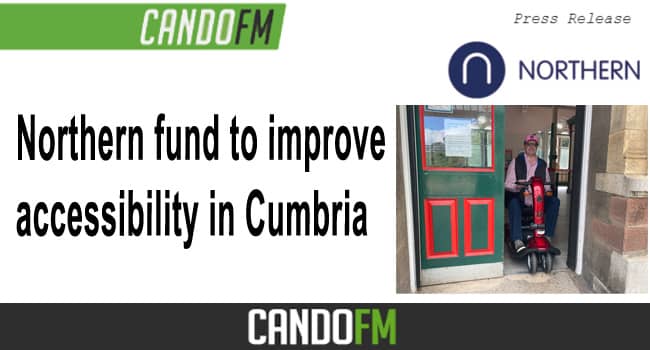 Northern has announced the winners of a fund to create a more accessible railway for all.

A scheme to teach students with special educational needs in Cumbria to use the railway is among the winners of accessibility funding announced by Northern.

Community Rail Cumbria has won funding for its project Mindful Days on the Railway, which teaches young people with special educational needs about rail safety and provides days out where pupils learn how to get around by train and about the sights and sounds of the railway.

Two more projects submitted by the group have also won funding – to drop kerbs at Silverdale, Cark and Ulverston to make it easier for people with additional mobility needs to walk through the station as well as fitting automatic doors at the ticket office in Ulverston.

The fund is dedicated to empowering communities to make decisions which will improve the railway for all.

It’s a first for the UK rail industry as the successful bids were chosen by the independent Northern Accessibility User Group (NAUG) and supported by Northern.

A total of 13 winning bids from community groups and other organisations are set to receive grants of up to £50,000 from the fund to make accessibility improvements at stations in their area and make services available to anyone who may feel isolated or excluded.

Other projects across the Northern’s network will focus on installing tactile wayfinding signs for people with visual impairments, immersive maps for people with autism and station improvements such as fitting handrails and ramps.

Mark Powles Commercial and Customer Director, at Northern said: “Our customers are the heart of everything we do, and we are dedicated to making Northern’s services accessible to everyone, and to having a positive impact for the north.

“I am happy to announce that 13 bids have been successful, and I would like to thank everyone who got in touch with us with their ideas.

The fund is part of our wider project to transform our network and encourage people to use the railway – no matter their circumstances.”

Locations set to benefit from Northern’s Accessibility Fund include: