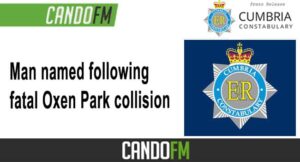 A motorcyclist who sadly died on February 3 following a fatal road traffic collision has been named.

Police were called at 2:16pm to the report of a collision on Oxen Park, Ulverston, involving a HGV and a motorbike.

Police and ambulance attended the scene.

Despite receiving medical attention, Donald Wood, 68, of Askam-in-Furness, was pronounced dead at the scene.

The driver of the HGV, a man in his 30s from Workington, reported no injury.

The road was closed for a number of hours while enquiries were conducted and the vehicles were recovered.

Police are appealing for witnesses who have yet to speak to the police. Anyone with information regarding the collision is asked to contact police via www.cumbria.police.uk/reportit. You can also call 101.