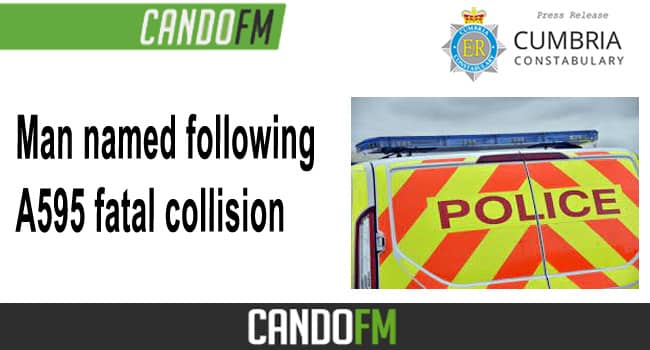 A man has died following a road traffic collision yesterday (22nd August) on the A595 at Whitbeck. Police were called at 2:43pm to the report of a four-vehicle collision, involving three Triumph motorcycles and a Mercedes A-Class.

Lee Chorley, 31, of Dalton-in-Furness, received medical attention but was sadly pronounced dead at the scene.

A man in his 50’s from Barrow, received serious injuries. He was taken to Royal Preston Hospital by air ambulance. He is in a stable condition.

The road was closed whilst emergency services attended the scene and vehicle recovery took place.

Police are appealing for witnesses or for anyone with dashcam footage of the incident or the area prior to the incident to contact police via www.cumbriapolice.com/reportit or by calling 101.

Information can be reported completely anonymously, by contacting independent charity CrimeStoppers on 0800 555 111.

The incident reference number to include with reports is log 148 of the 22nd August 2021.