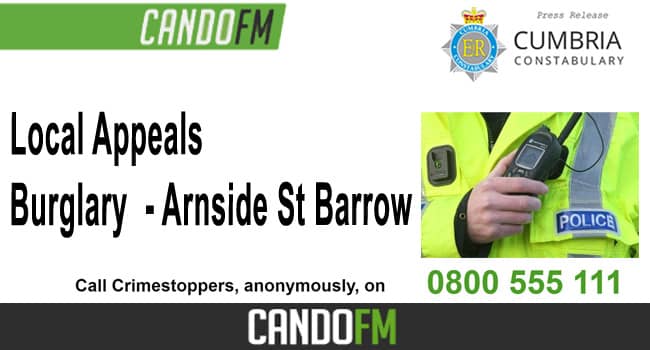 Police are investigating a burglary that happened at about 10pm on August 5 at an address on Arnside Street, Barrow.

Entry was gained through a kitchen window, causing damage in the process. Various items including a bank card, food and clothing were taken.

It was reported that a male in his late teens, who had a bicycle, was witnessed in the vicinity of the property at the time of incident.

It is also believed that a verbal altercation was heard from the property at the time of incident.

Anyone who witnessed this incident or has any relating information can report online at  www.cumbria.police.uk/reportit quoting incident 244 of August 5. You can also call 101.