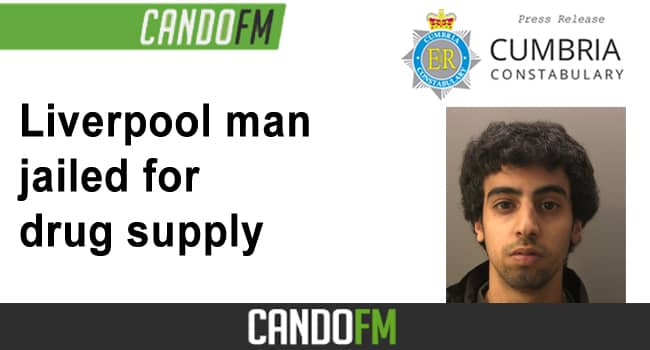 A Liverpool man has been sentenced to three years nine months for possession with intent to supply class A drugs.
Ahmed Yehia, aged 20 of Heydean Road, Liverpool was sentenced at Preston Crown court on the 2nd June.
The court heard that at around 7pm on Saturday 12th December 2020 officers became aware of a red Mercedes that was travelling Westbound on the A590 at Newby Bridge in Cumbria.
Officers went to stop the vehicle and as it pulled into Newby Bridge Service Station three packages were thrown from the passenger side of the vehicle.
As the vehicle stopped at the service station a passenger alighted from the rear seat of the vehicle and ran off but was detained by officers, the passenger was identified as Ahmed Yehia.
The items thrown from the window were recovered by officers and included a clear plastic bag containing smaller wrapped items, a white plastic bag containing four medium sized bundles and a large plastic wrap.
The items were tested and were positive for Heroin and Crack Cocaine.
Sergeant Gareth Sargent said “Yehia was found with a significant quantity of drugs.
“Supplying drugs in our community is not acceptable and the sentence handed down reflects this.
“The Barrow proactive team continues to work alongside the mobile support group and crime and safeguarding team to take criminals off our streets and will continue to do so.”