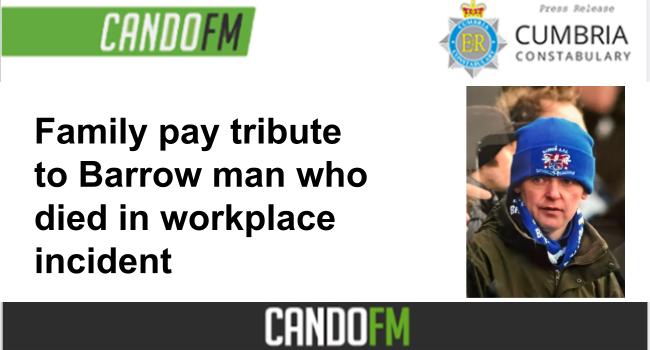 The family of a man who died following a workplace incident at Wicks Yard in Barrow have paid tribute to his life.

Stuart Garnet, aged 44, died following an incident on 12 May at approximately 12:55pm.

In tribute to Stuart, his family said:

“Stuart was a Barrow man through and through, who attended most of Barrow AFC’s home games when he could.

“Stuart will be sorely missed by all those that worked with him and knew him.

“Stuart leaves behind his brother and his mother who are also from the Barrow area.”

A joint investigation between Cumbria Constabulary and the Health & Safety Executive remains ongoing.

The family are currently being supported by specialist officers at this time and are thankful for the messages of support they have received.