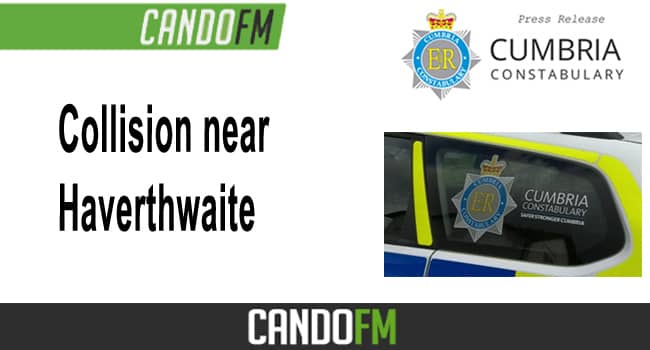 Police, fire and ambulance services were called to a one vehicle collision on the B5278 near Haverthwaite at 4.20pm yesterday (Saturday August 7).

A dark-coloured Range Rover had been travelling south in the direction of Flookburgh when it left the carriageway.

Three people from the vehicle were treated at the scene and transferred by ambulance to Furness General Hospital in Barrow with injuries not believed to be life-threatening.

A fourth occupant in the vehicle – a man in his forties – was given emergency treatment at the scene but died from his injuries.

Officers from the constabulary’s Mobile Support Unit are working with his family and those of the other casualties.

Police are asking for any witnesses to the collision or anyone who helped at the scene to contact them on 101 if details have not already been given to an officer.

Please ask to speak to PC Mallinson or Sergeant Hill.