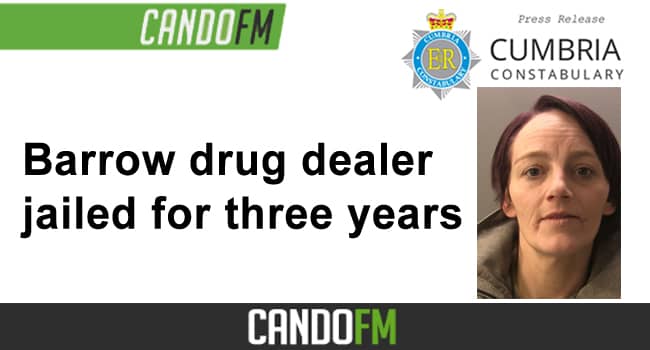 A county lines drug dealer has been jailed for her role in conspiracy to supply Class A drugs in Barrow.
Elisha Porter, 38, of Middle Field, Barrow, was sentenced at Preston Crown Court yesterday (22 June) to three years in prison.
Porter pleaded guilty to two counts of supplying Class A drugs at an earlier hearing.
Porter was arrested in February this year following proactive policing activity.
A spokesman for Cumbria Constabulary’s South Area Drugs Unit said: “County Lines drug dealing is a blight on our county and Cumbria Constabulary is committed to identifying and arresting those who come attempt to supply drugs and take advantage of vulnerable people.
“Our officers will continue to target those who attempt to peddle drugs in our area. I hope today’s sentencing acts as a deterrent for others who are involved in county lines drug dealing. If you are caught, prison is highly likely.”