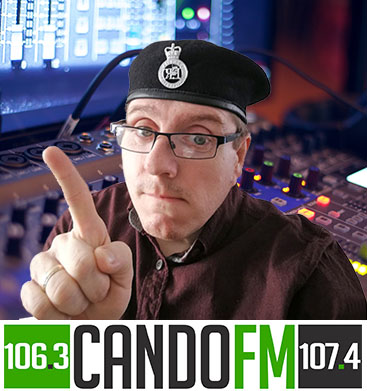 Justin started presenting in his bedroom at the age of nine and by the age of eleven got his first radio show on hospital radio where the most requested song at the time was Jim Reeves, Distant Drums. Upon leaving school decided to go to college to study electrical installations only to develop colour blindness which made difficult working out what colour the live wires actually were and experienced quite a few hair raising moments (literally).

He then decided to change direction and study media. He loves radio describing it as a unique combination of performing, music and technology and something that never stays the same for long and loves being part of Cando FM.